What is Obsessive Compulsive Disorder (OCD)?

The most common OCD symptoms include:

OCD is diagnosed when obsessions and compulsions consume excessive amounts of time (an hour or more each day), cause significant distress and when it interferes with daily functioning at work or school, or with social activities, family relationships and/or normal routines. In some cases, compulsions are shaped by the nature of obsession. In other cases, the compulsive behavior is completely unrelated to the obsessions.

In the United States, about one in 40 adults (approximately 2.3% of the population) has OCD. More than ¼ of adults (over 60 million people) have experienced OCD symptoms at some point in their lives. One in every 100 children have OCD.

The exact cause of OCD is not known, but it is believed to be a neurobiological basis combined with genetic, behavioral, cognitive, and environmental factors.

OCD is generally treated with psychotherapy, medication or both.

Antidepressants known as selective serotonin reuptake inhibitors (SSRIs) have been shown to be very effective and are FDA-approved to treat OCD. These include medications like Sertraline (Zoloft), Fluoxetine (Prozac), Fluvoxamine (Luvox) and Paroxetine (Paxil).

Antidepressants known as serotonin-norepinephrine reuptake inhibitors (SNRIs) have also been shown to be effective in treating OCD, although not FDA-approved, including Venlafaxine (Effexor) and Duloxetine (Cymbalta).

These medications can take eight to 12 weeks before a patient sees the full benefits.

Ketamine IV infusions are a cutting-edge treatment for difficult to treat cases of OCD. For people who don’t respond to first line medications or psychotherapy, Ketamine can help. The best part about Ketamine is relief of symptoms can be felt after 24 hours of receiving the medication. Contact COPE for more information about IV Ketamine as a treatment for OCD.

Psychotherapy knows as exposure and response prevention (ERP) helps people overcome OCD by exposing them to what they fear without letting them perform compulsions.

If you have OCD or suspect you might have OCD, see a mental health professional like a psychiatrist or psychologist. There are many effective treatments for OCD and you can take control of your symptoms and go on to lead a fulfilling and successful life.

There’s a bright future ahead for treating Major Depression in 2020 and beyond thanks to ketamine. IV Ketamine and intranasal esketamine (Spravato) are helping patients find relief. And, with IV Ketamine, some patients experience relief within hours!
LEARN MORE 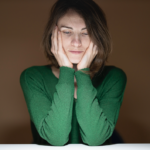 One of the common misunderstandings about depression is that it's a choice. Depression is more than just feeling sad and it can be hard to be grateful even during the holiday season.
LEARN MORE